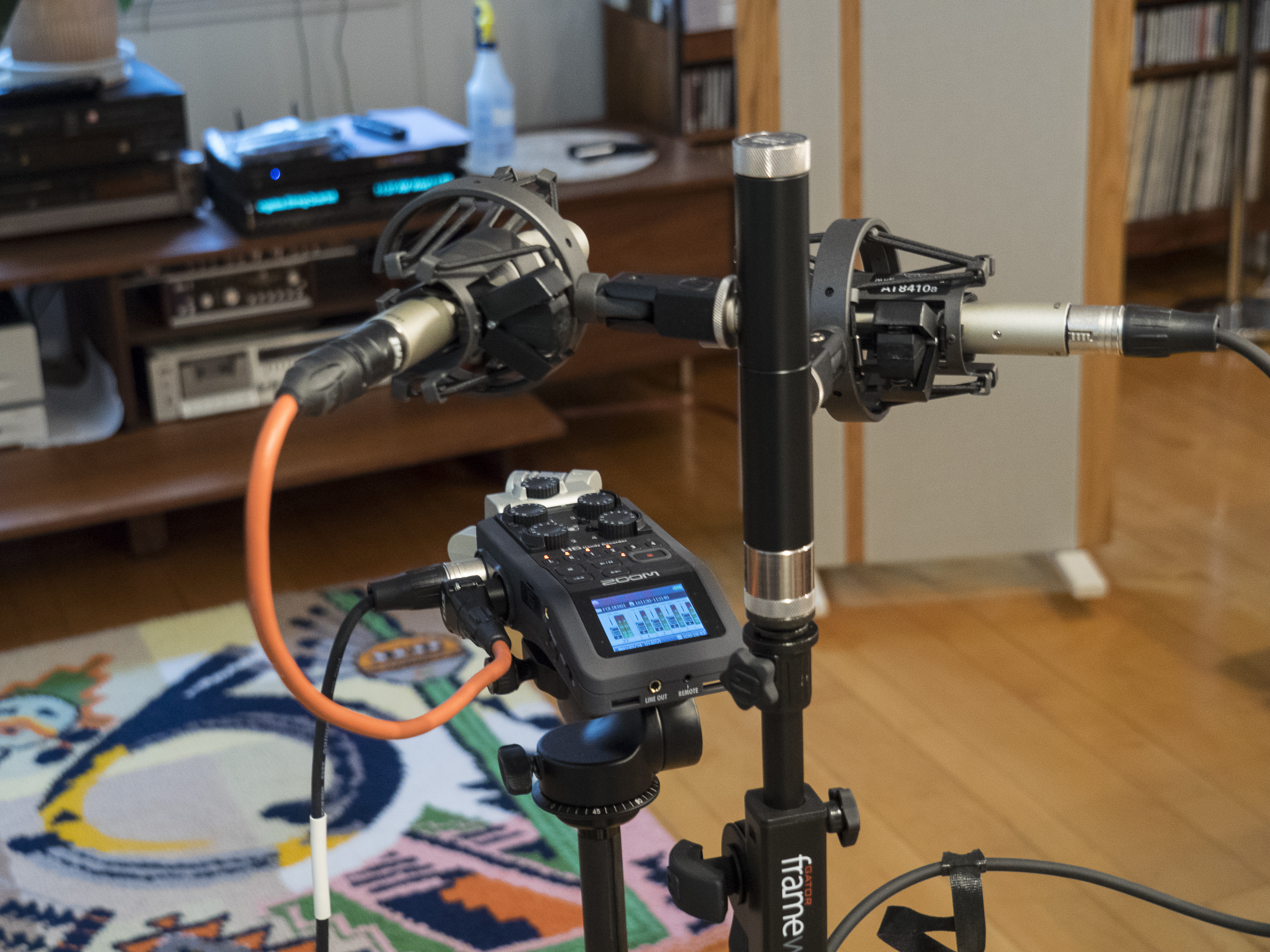 I compared the two microphones that come with the Zoom H6 recorder—an X-Y cardioid pair and a Mid-Side (MS) Blumlein configuration—to a Shure KSM141 Stereo Pair, also in an X-Y configuration. The purpose of this exercise was to learn how to use the H6, and to decide which microphones I want to use to record the next concert. All mics were essentially at the same position, and the Zoom H6 was set to use 48-kHz sample rates and 24-bits of resolution. I postprocessed the .wav files using Audacity and exported them as lossless Ogg-Vorbis files.

I recorded three selections: orchestral, percussion, and chamber music to exercise the microphones. To my ears, the Shure mics have the best bass, but seem to have more echo. Also note that the Sibelius recording is 24-bit, which eliminates  the graininess you may hear in the strings in the other 16-bit recordings.

Any background noises come from me moving or touching things, so ignore them. You may have to use Google Chrome to play the Ogg files.

I have now had a chance to video live performances using the Zoom H6, and a season's worth of performances are online . Early on, I used both the Zoom H6 in MS mode, and my two Shure KSM141 as a crossed pair at the same location. You can see the microphone location in the above videos. I them listen to the two different audio tracks, both recorded on the H6 at 48 kHz and 24 bits. I always prefer the H6 MS, which I then put into the videos (for the past year) that are on YouTube. Earlier videos probably used the Shures.

The reason for my choice is that the MS microphone is unbeaten for stereo imaging. With the MS, you can visualize the whole performing group. The only real advantage the Shures have is better low bass. Kettle drums on the H6 sound a bit wimpy.

Who is the best for the sound quality between the Audio-Technica AT2022 vs ZOOM H6 X/Y capsule ?

I have not made that comparison directly. But to me, the Shure pair of mics always beats the Zoom H6 x-y pair, especially in the bass region.  I doubt that the AT2022 would improve on the Zoom in a noticeable manner.

But after many recording, I almost always use the Zoom H6 M-S mic, which I think yields the best stereo image.

<p>Thanks for your answer. Do you have tested the Rode NT4 ?</p>

It was not good for a symphony from the balcony.

thanks a lot. wonderful work

thanks a lot. wonderful work