It is time to Switch from Apple to Microsoft!

Title
It is time to Switch from Apple to Microsoft!

It is time to Switch from Apple to Microsoft!

I have been using Mac Pros for over a decade as my main desktop. But I also have a Windows 10 computer and a Linux computer (OpenSuSE LEAP 15.2), so am agnostic in my comparisons. I also have Windows and Linux virtual machines running on my Mac inside Parallels.

My problem is that my MacPro is 10 years old now and cannot be updated past Mojave. It is a very powerful machine with 2 6-core Xenons (24 threads) and 64 GB of memory. I also have it loaded with disks—all disk slots are used plus a CD slot for a SSD. But the Apple rumors suggest that the next Mac Pro will be a little thing with no room for all my disks. And the rumored M2 chip probably cannot support large amounts of memory. And although Apple denies it, the more recent versions of MacOS look more and more like iPads (and I hate mine).

The Microsoft (MS) people really CARE about their users. It is easy to report issues to MS, and these reports are generally to all users, unlike Apple which requires you to join the Developers Association, keeps all complaints secret! When you file a complaint using the Feedback Tool, you can send screen shots or record everything while you recreate the issue. Then the Feedback Tool searches for similar issues, which you can join, or continue to file your own issue.

Then Microsoft sends you an acknowledgement—here is one from Microsoft Edge (Dev): 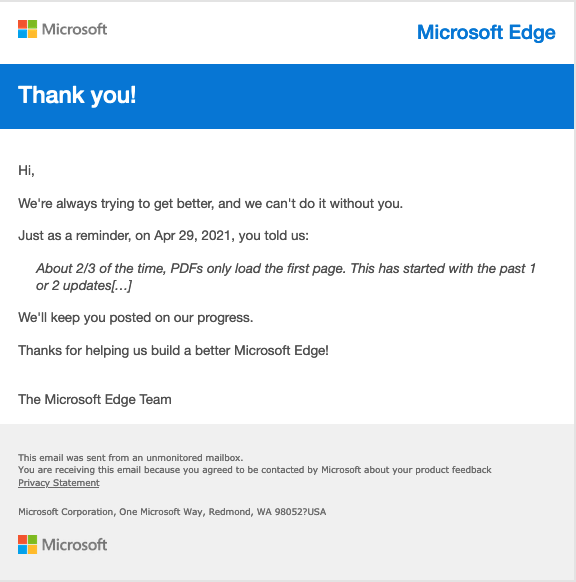 And yes, they get back to you when the issue is fixed, and/or they ask for more information.

Each time there is a new Developer Release, MS releases an accompanying Blog which tells what is new, what is fixed, and what issues remain. Such a simple thing to do, but Apple only lists the bugs it has fixed.

This is truly amazing! Here are some links of interest

This really works. I have OpenSUSE LEAP 15.3 beta running true graphics mode apps inside of Windows Windows. And with the proper NVidia or AMD video drivers, they are FAST.

Although in SuSE, you initially have to install things using the clunky text-mode interface, in just a bit, you have the real Yast2 interface on your desktop

So far as I can tell, you can install any of these apps. I have not yet managed to get a full KDE desktop going, but in fact, the apps you install are integrated into the windows Start Menu, so a Linux desktop is superfluous: 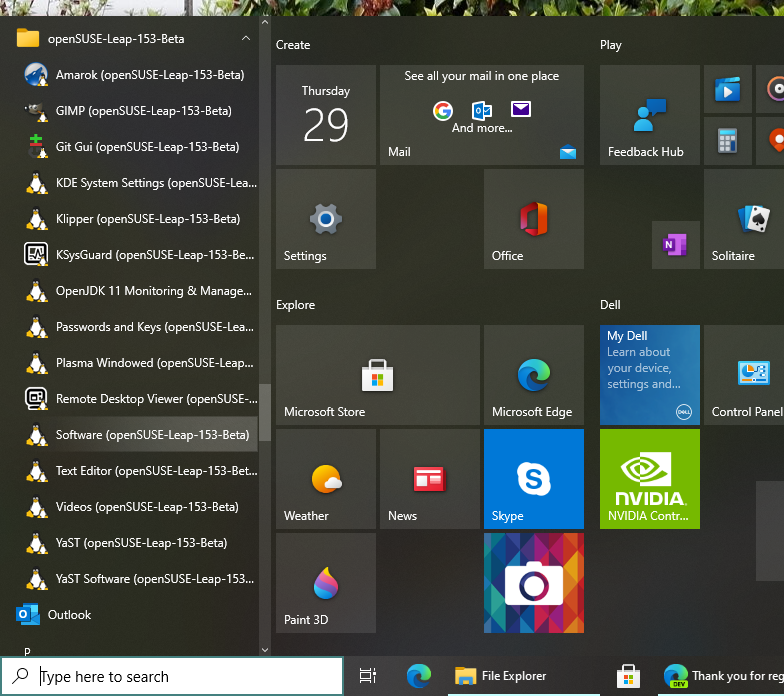 Every powerful Mac Pro I have priced has been well over $10,000. I just priced AMD Windows systems fully loaded, with 32-core Threadrippers, and even with another 64 GB of Memory and a 12 TB HDD, it has more power and performs better, and yet is still cheaper: 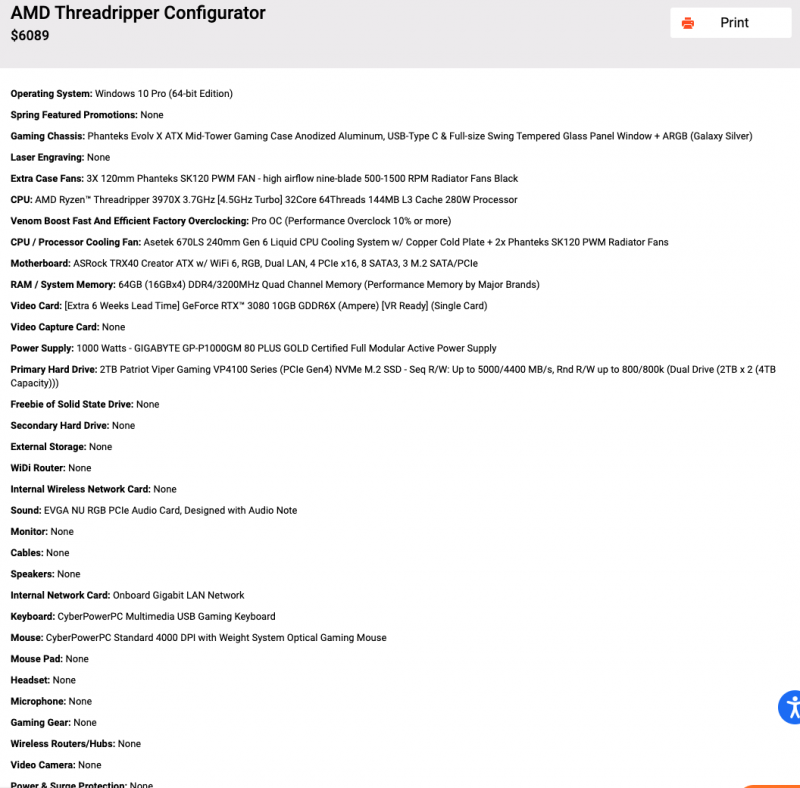 Apple no longer offers any advantage to advanced computing tasks over Windows. It is not easier to use, more capable, or does it offer better support. My only complaint about Windows concerns Windows Update, which is still slow and unreliable, especially in my Windows virtual machines that run on my Mac using Parallels. It can take a day(!!!) to do an update.